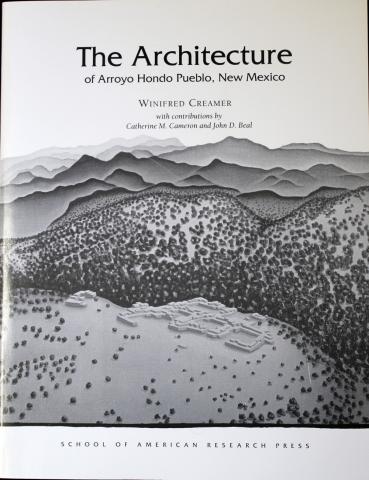 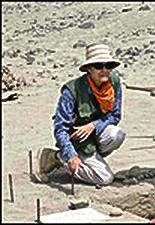 The focus of this monograph is to provide a comprehensive examination of Arroyo Hondo architecture and its relationship to the prehistory of the region. The monograph begins with sections on the pueblo’s specific construction details and architectural features, providing abundant insights into the domestic and ritual activities at a fourteenth-century Rio Grande pueblo. These elements are the basis of a further discussion on room function, residence units, site growth, settlement design, the organization of domestic activities, and population trends.

Throughout the volume Creamer contrasts the features of the Pueblo’s two settlement components and makes detailed comparisons with contemporaneous settlements in the region, leading to speculation on several important issues that relate to growth and change at Arroyo Hondo Pueblo and the cultural trajectory of the region. In addition, the social implications of Arroyo Hondo architecture are examined, population size is estimated, and the causes of rapid aggregation and abandonment of the site are explored.

What new question might be asked of the Arroyo Hondo architecture data? Because the excavations at Arroyo Hondo were so extensive and meticulously recorded, the data set is unparalleled in recording multiple structures from a single site, and recording a wide range of features for each one. Revisiting the architecture would look at the extent to which social units may be identified through architecture. Many people have attempted this by looking at the ratio of living rooms to storage rooms, or space syntax analysis, or historic ethnography, however, no one has definitely established that the people at Arroyo Hondo lived as the historic Pueblos of the Rio Grande Valley have. It would be interesting to bring together the existing ideas with some newer ideas about the relationship between the way people house themselves and the way they organize and govern themselves and see whether there are new insights showing more clearly why the Pueblos did not have palaces, but surely had leaders.

Collections-based projects are rapidly overtaking excavation as the basis for new archaeological research. Arroyo Hondo material will likely be used for new study during the next 20 years or so, and it surely will become increasingly important.

Reviews for The Architecture of Arroyo Hondo Pueblo, New Mexico

1994 Review of The Architecture of Arroyo Hondo Pueblo, New Mexico, by Winifred Creamer. Books of the Southwest 424: 2-3.